A carefully picked selection of fashion, ethics + culture from this week around the web [December 1 – 6]

How to address wage issues in garment industry: boycott, pressurise or invest?

How the garment industry and consumers can bring about a change in the sweatshop conditions endured by workers in developing countries.

We’re One Big Step Closer To A More Sustainable Fashion Industry, Thanks To This New Initiative

Efforts to create a more sustainable fashion industry have long been the norm for some people. Designers like Stella McCartneyand advocates like Amber Valletta have rallied and emphasized the importance of creating sustainable goods for many years. But when it comes to the fashion industry at large, there is still a long way to go in terms of consumer education. That’s why we’re so excited about Fashion Positive, a new initiative powered by the Cradle to Cradle Products Innovation Institute that’s seeking to make sustainable clothing accessible for the masses.

Western high street fashion brands have gained a reputation for the exploitation of garment workers in developing countries. A recent report from Labour Behind the Label lists brands it believes aren’t doing enough to address the problem of poverty wages in the garment industry.

November was a win for American retail. For American democracy? Not so much. Only half the number of people who stormed brick-and-mortar stores on Black Friday voted at the 2014 midterm elections. Although 7 percent fewer shoppers wrestled one another for bargains Hunger Games -style, according to the National Retail Federation, the 133.7 million-strong turnout kept tills ringing to the tune of some $50.9 billion. By comparison, only 76.9 million people, or 36.4 percent of eligible voters, cast their ballots on November 2.

Investors Bet Big on Harry’s, the Warby Parker of Shaving

“Harry’s has earned its reputation by making the shaving process easier on men. Confronted with high prices and clunky designs from shaving titans like Gillette and Schick, the Harry’s duo are trying to do with razors what Warby Parker has done with glasses. (One of the Harry’s founders is a Warby Parker founder.) Its blades can be ordered without having to schlep to CVS. They’re also cheap-ish: If you’re a so-called occasional shaver (shaving fewer than five times a week), you can get an eight-pack of blades for $15 every three months.”

via The New York Times

A designer is turning roadkill into high-end fashion in an attempt to prove that it is possible to source cruelty-free fur. Patricia Paquin, the Vermont-based founder of fashion label Petite Mort, picks up discarded animal carcasses from the side of the road and turns the skins into a variety of beautiful fur accessories, from leg warmers to hand muffs which are all made to measure and range in price from $380 to $1,000.

via The Daily Mail

In case you need more proof that your $10 top was made in less than desirable or ethical conditions, here you go. The U.S. Labor Department has expanded its list of products it says are produced by child and/or forced child labor. The latest additions to the “List of Products Produced by Forced or Indentured Child Labor” include an array of goods, but most relevant for us: Garments from Bangladesh and textiles from Cambodia.

via The Fashion Law

I Am What’s Underneath Documentary Project

A feature-length documentary that strips us down to open us up, empowering people worldwide to accept and express their true selves. 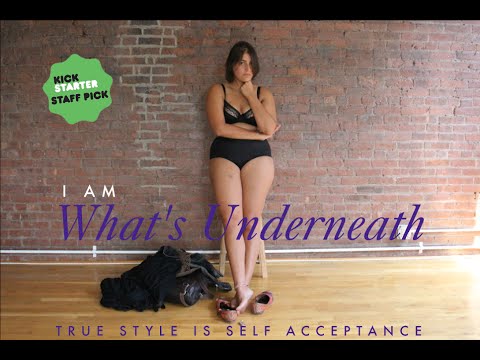